The Hailstrike is so heavily armed that it can annihilate entire swathes of infantry in fusillades of blistering projectiles. Speeding over the battlefield, its specialised loadout shatters charging formations and shreds barricades and defences. A Storm Speeder Hailstrike adds fast-moving anti-infantry punch to your Space Marines collection. Choose this version of the Storm Speeder if you're going up against armies such as Orks or Genestealer Cults, or any force featuring lots of lightly armoured units.

This kit includes 94 components that can be used to build a Storm Speeder Hailstrike armed with two fragstorm grenade launchers, an onslaught gatling cannon and a twin ironhail heavy stubber. The gun platform can be built to move – intimidate your opponents by having your heaviest weaponry pointing right at their units!

This kit can instead build the Storm Speeder Hammerstrike or Storm Speeder Thunderstrike. It is supplied with a Citadel 90mm Round Base and a Flying Stem. 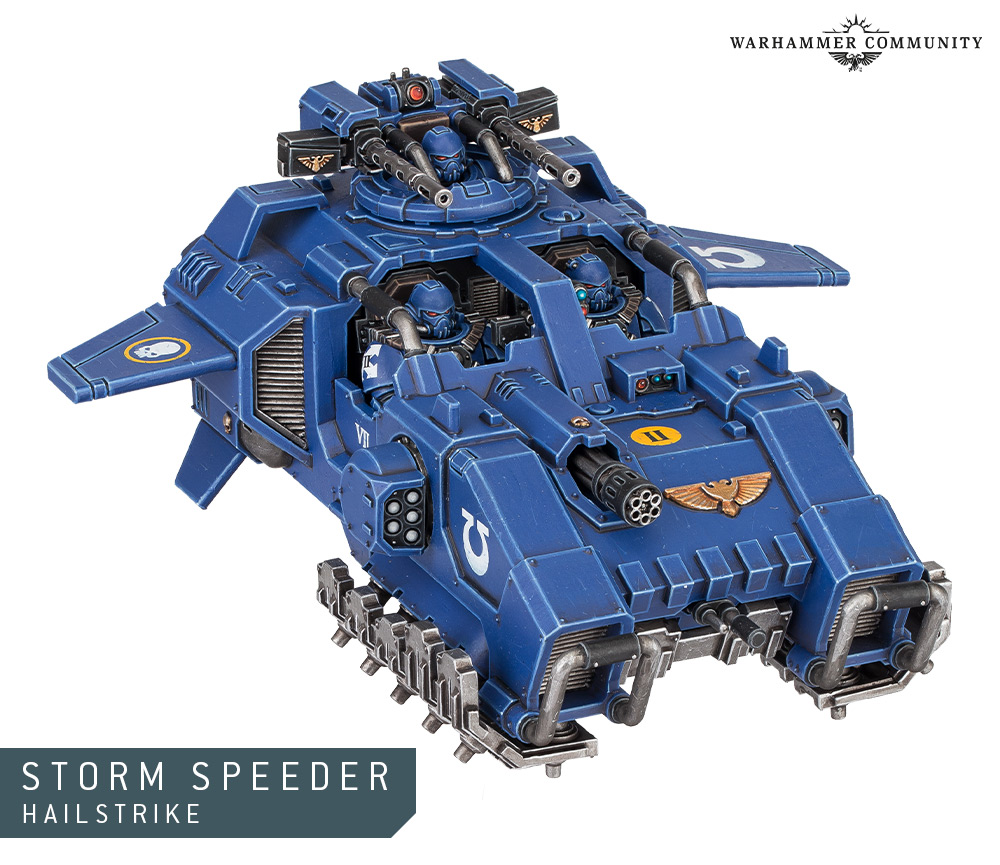 Armed with an onslaught gatling cannon, two ironhail heavy stubbers, and a pair of fragstorm grenade launchers, it can dish out some serious firepower.

Next up is the anti-armour variant, the Storm Speeder Hammerstrike. 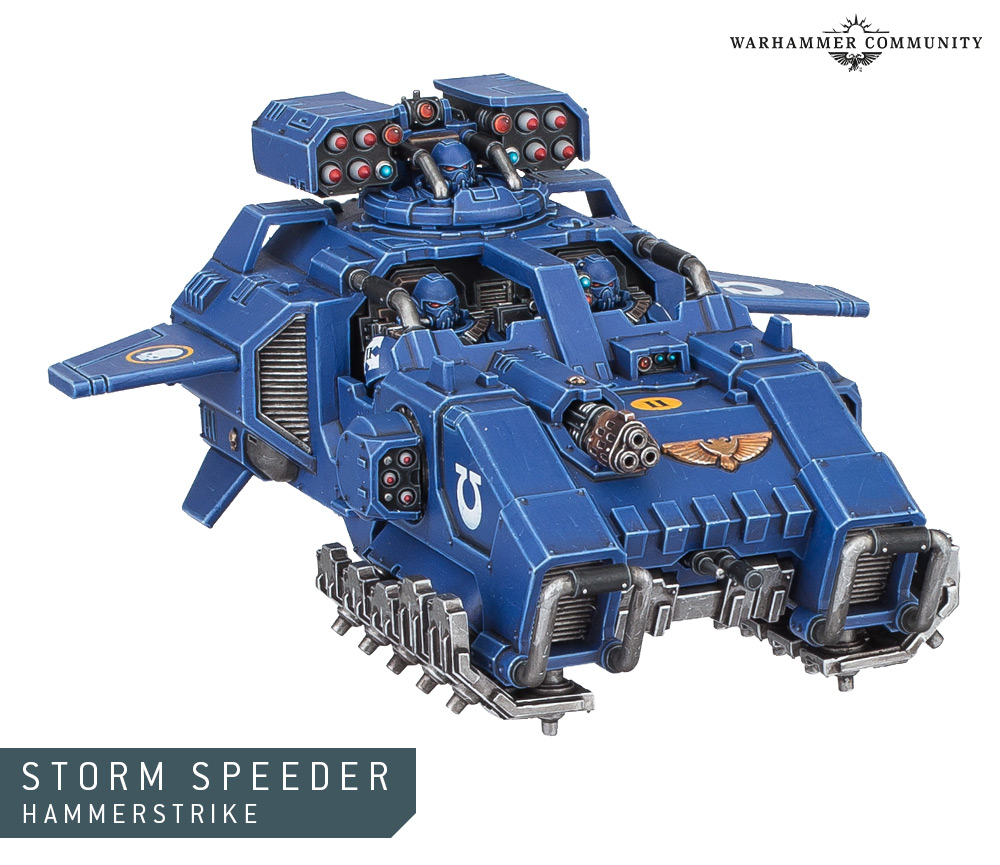 Equipped with tank-busting missiles, grenades, and even a tri-barrelled melta, the Hammerstrike packs a serious punch. Check out the brutal weaponry at its disposal. 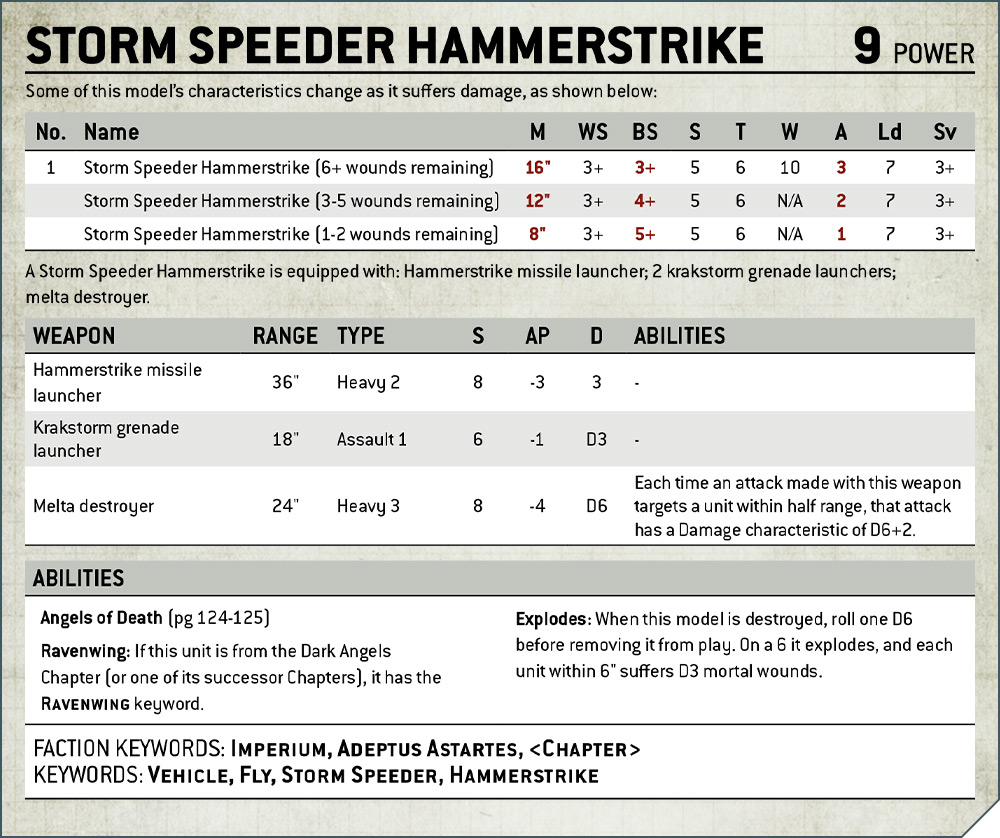 Lastly, the Storm Speeder Thunderstrike can also serve in an anti-tank role, though its twin Icarus rocket pods make it an effective dogfighter too, able to hunt down enemy aircraft with unerring accuracy. 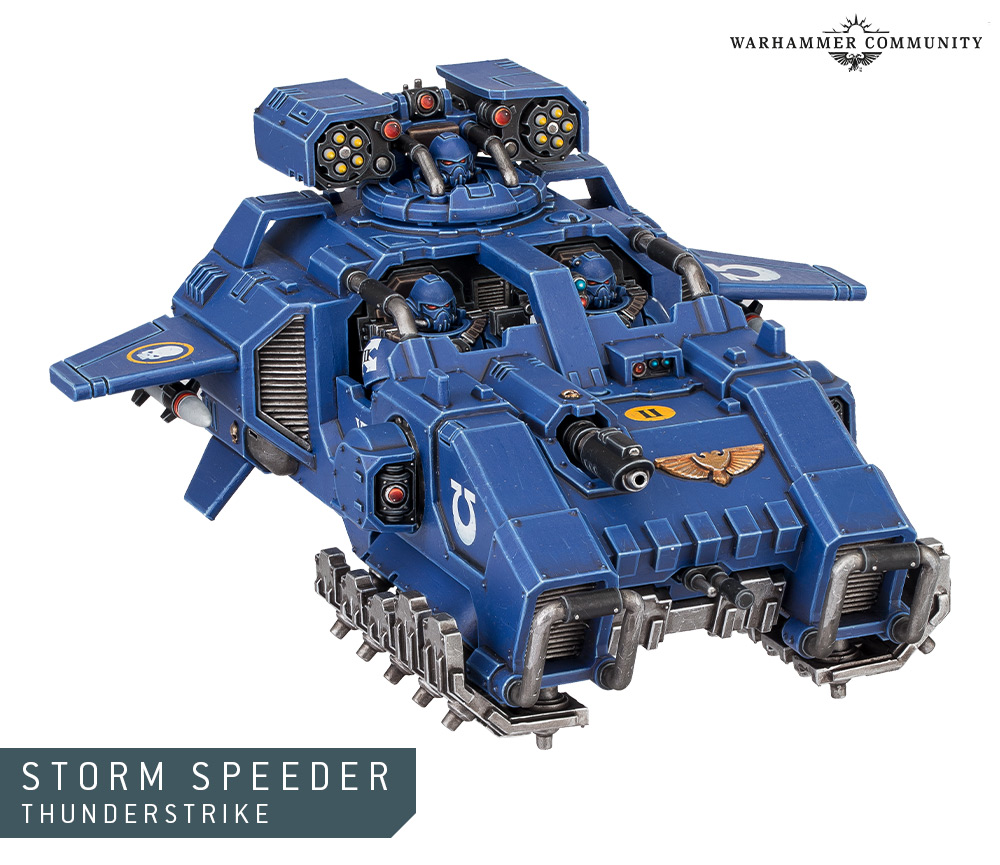