In addition to detailed lore on all the First Founding Chapters and some of their most famous successors (such as the Black Templars and Crimson Fists), the new codex is the biggest ever, with a whopping 98 datasheets covering all of the common units available to the armies of the Adeptus Astartes.

It will serve as a core book for future codex supplements that will formally reintroduce each Chapter’s bespoke units and Characters (we’ll have more on these later). Existing codex supplements such as that of the Ultramarines are still perfectly compatible with the new book, and we’ll be providing the Blood Angels, Dark Angels, Deathwatch, and Space Wolves with get-you-by rules so you’ll be good to go from the outset. 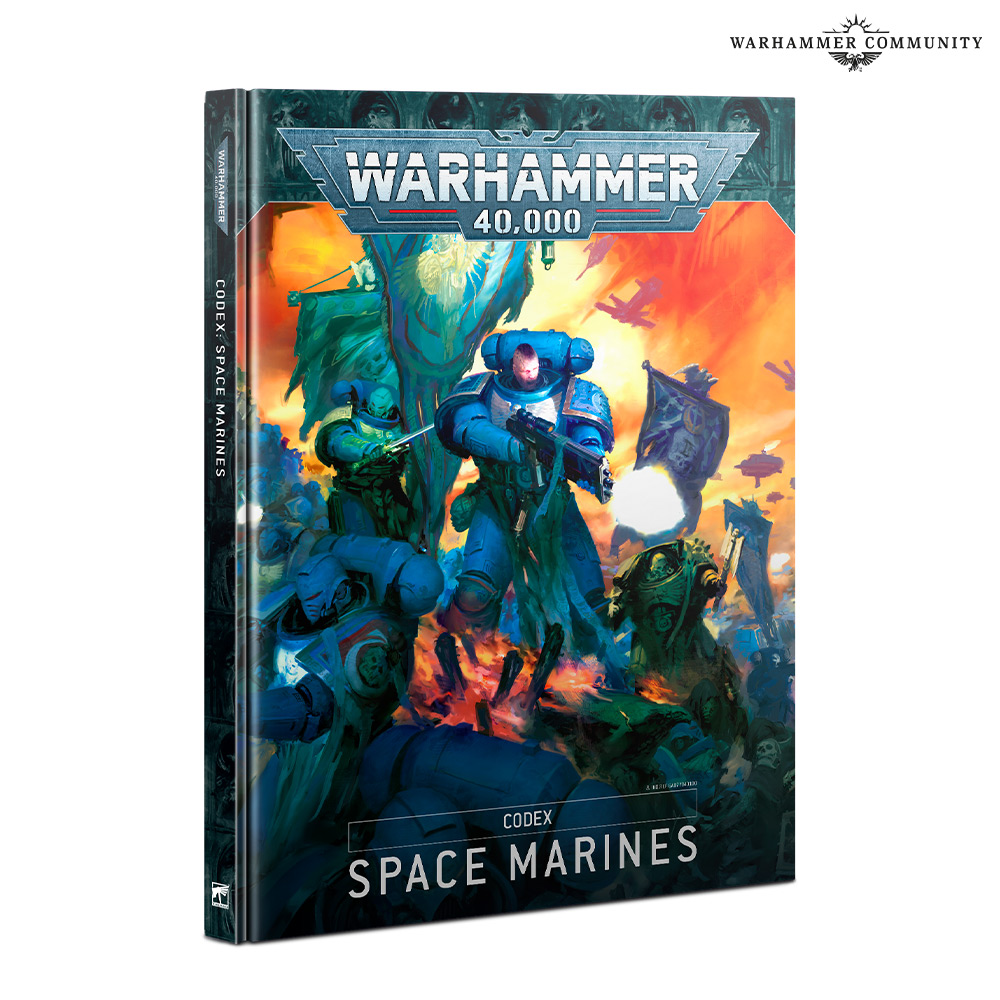 As with the Codex: Necrons, the new Space Marines book is chock full of awesome supplemental Crusade rules for the Angels of Death. One of our favourite additions is the Requisition Even in Death I Still Serve, which sees a beloved but badly wounded Character from your Order of Battle interred within a Dreadnought’s sarcophagus to continue the fight! 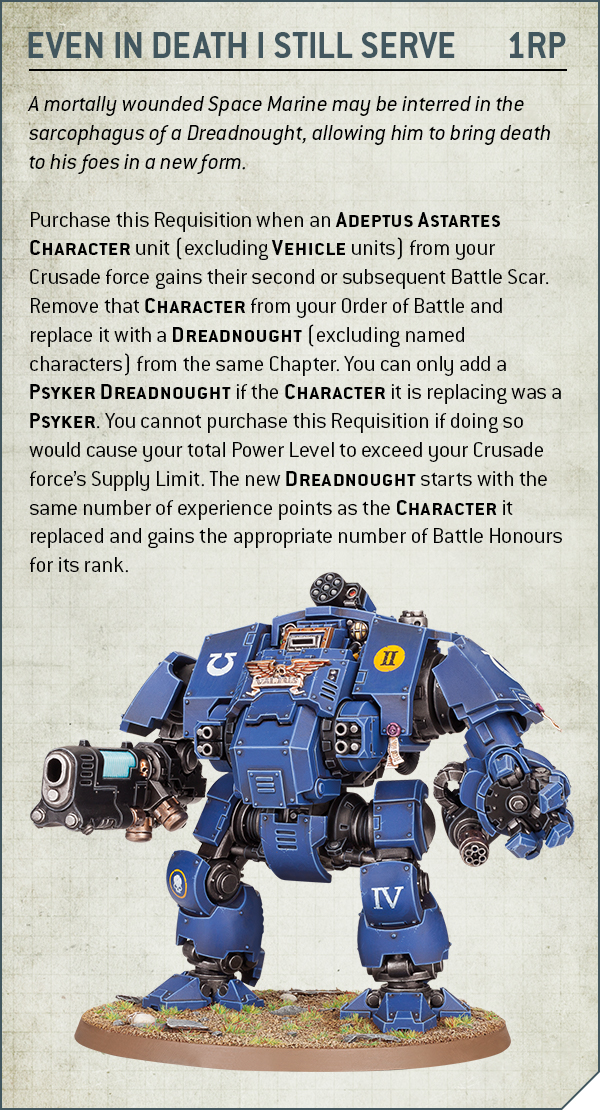 That’s just one of the cool things you can do. There’s even the opportunity for one of your firstborn Characters to brave crossing the Rubicon Primaris, though doing so does not come without risk…

The new codex has also consolidated many of the most popular rules features that first made an appearance in the various Psychic Awakening books. The Chapter Command rules are one such example, meaning you’ll be able to upgrade one of your Chapter’s Chaplains, Librarians, Techmarines, and a variety of other Characters to the head of their order, but at a small cost in Power or points instead of using a Stratagem.