So what’s new with the Necrons lore? Well, for starters, their ancestral ruler, the Silent King, has returned from self-imposed exile – that’s galaxy-shattering news! However, his reappearance has caused something of a crisis of faith among the dynasties, and not all have welcomed him back…

The new codex also expands the lore of the Szarekhan – the dynasty of the Silent King himself – and reveals the impact that their rise to prominence has had on the other Necron Phaerons and their dynasties. The book also showcases some stunning artwork that really helps to bring the Necrons to life, such as this incredible piece that sees numberless phalanxes assembled before the Silent King to pay homage. 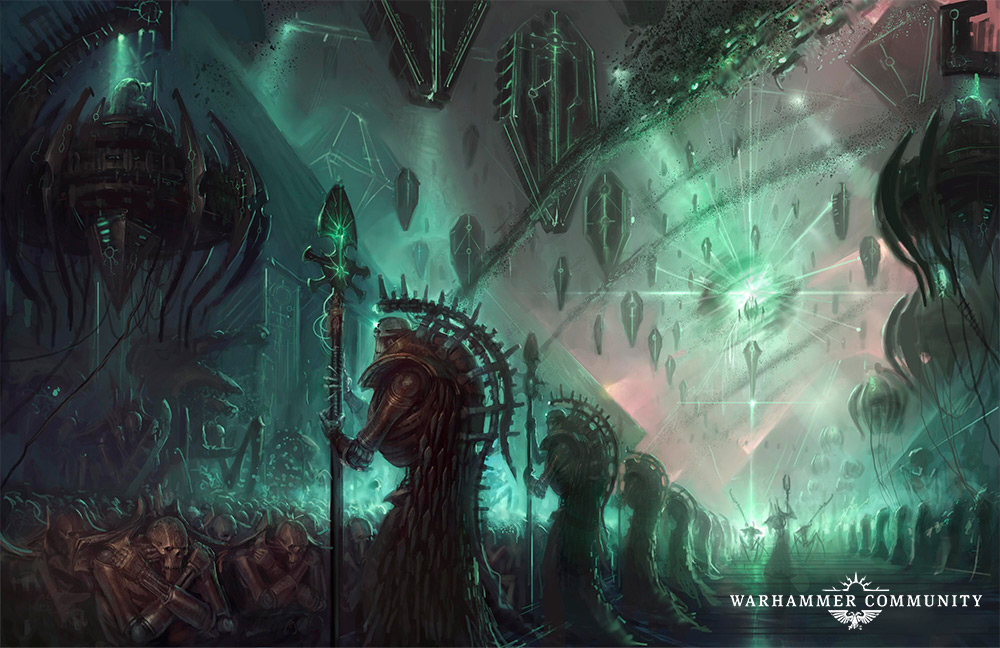 Speaking of the Szerakhan, they’ll be receiving their own Dynastic Code, Uncanny Artificers, which provides them with a significant edge (or three, to be precise!) in the battle. The codex even includes rules for creating your own Dynastic Code, too! 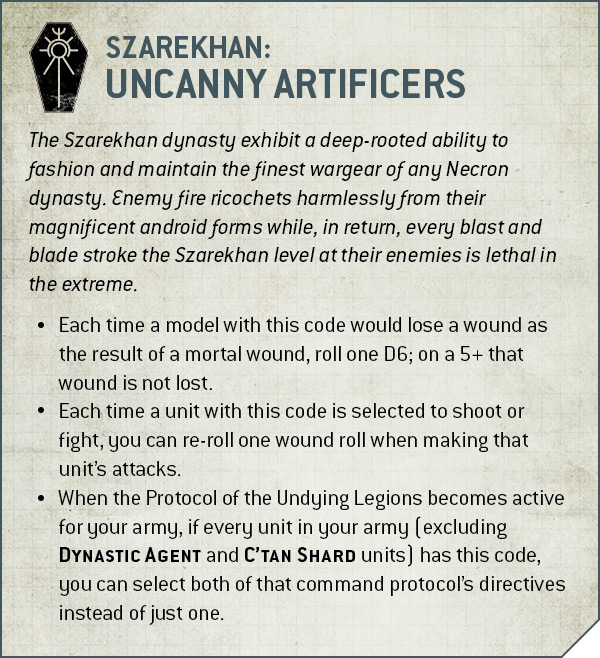 But what’s all this talk of ‘command protocols’? Well, consider it one of the perks of biotransference which enables Necrons of high status to impose their will upon those who serve them. It may sound harsh, but don’t worry – for you, this is definitely a good thing! Here’s how it works…

If your army of Necrons all hails from the same dynasty and is led by a Character with the Noble keyword, then at the start of the game, you can secretly assign one of six command protocols to utilise during each battle round. After revealing your selected command protocol, you’ll need to choose which directive you will activate. Any of your units within 6″ of your Characters will then benefit from that directive. With careful strategy and forethought, command protocols can really throw off your opponent while giving you a massive advantage. 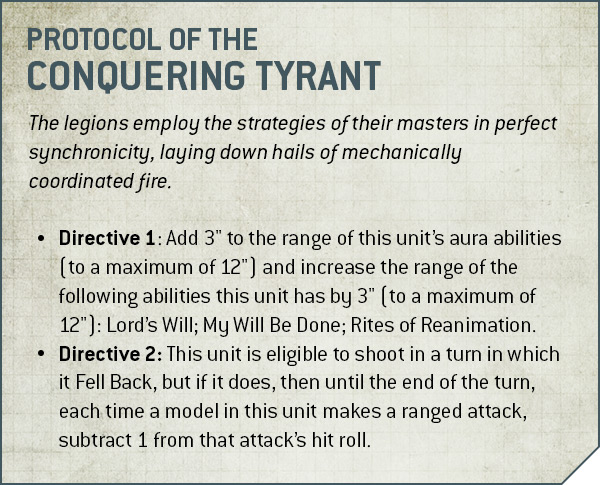 The mysterious Crypteks are about to bring another string to your tachyon bow – OK, so a tachyon arrow doesn’t need a bow to fire, but you catch our drift! In fact, they’re about to bring four strings! There are now four, fully fledged varieties of Cryptek, divided according to their hypertechnological specialisation, and each benefits from their own datasheet replete with a plethora of thematic rules. The Plasmancer that made its debut in Indomitus was just the start!

Furthermore, they can be given an item of Cryptek Arkana for a nominal cost in Power or points, representing the wondrously esoteric techno-magic of the ancient Necron empire. Not only can these items be very handy in a tight spot, but they offer a versatile way to top up or round out your army list. As a master of temporal manipulation, a Chronomancer, for example, can be equipped with a means to slow your enemies to a crawl at crucial moments – but more on them later! 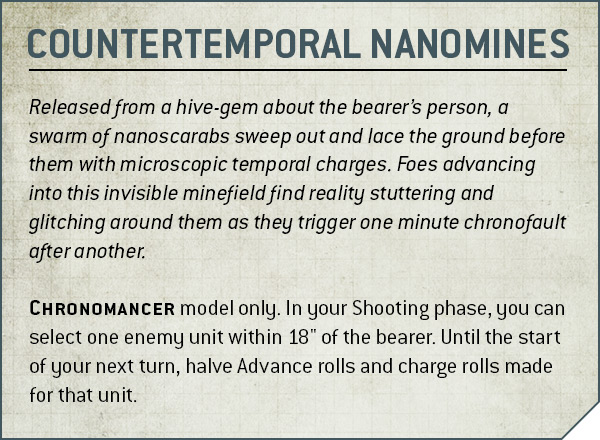 One of the most exciting features of Warhammer 40,000’s newest and best-ever edition is the narrative-driven Crusade campaign system. The awesome thing is that every new codex is going to have a section dedicated to providing that faction with loads of new and wonderfully thematic options just for Crusade. We defy anyone to read this section of their codex and not immediately want to start a Crusade campaign – seriously!

You can look forward to faction-specific Agendas, Requisitions, Battle Traits, Crusade Relics and, in the case of the Necrons, even Dynastic Epithets – bespoke titles that offer unique upgrades or abilities. Here’s one such example, The Slow Decay of the Self Requisition, which represents a Character succumbing to the mindless lust for violence embraced by the Destroyer Cult. 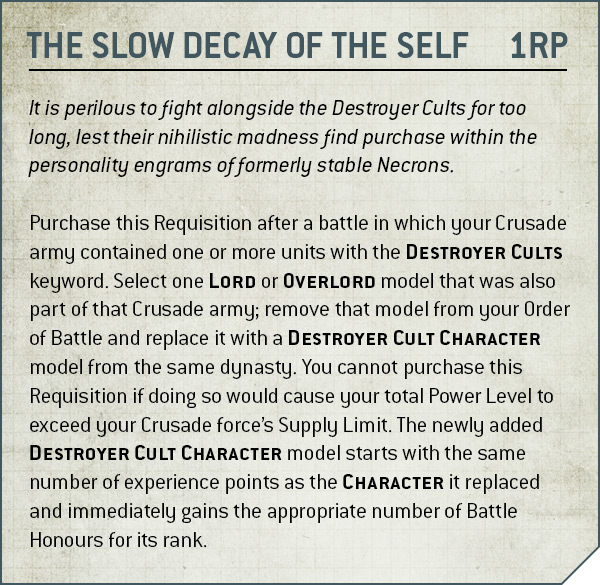 If like us, you thought the basic Crusade rules in the Warhammer 40,000 Core Book were already pretty rad, you’re gonna love all the extra narrative goodness in the new codexes!